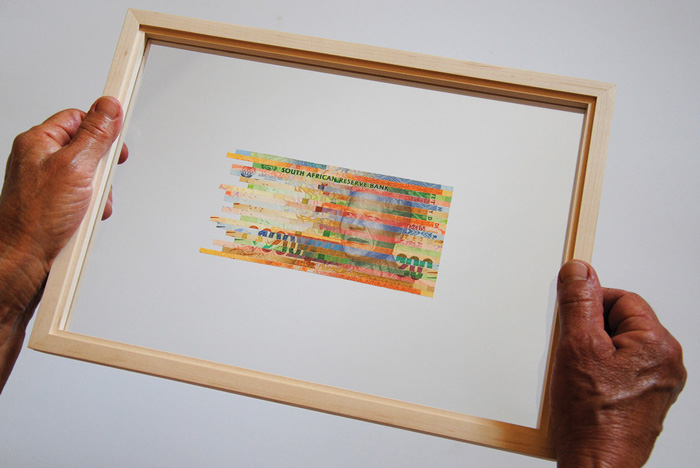 Re-assembled from thin strips from each of the five South African Rand notes, the collaged money note presents a somehow refracted yet colourful portrait of Nelson Mandela - international face and symbol of the struggle against apartheid, who fought for the constitution of a “Rainbow Nation,” a united, reconciled, multi-cultural democracy. Some twenty years after the first democratic elections in South Africa, the small work reframes Mandela’s heritage and echoes the emerging doubts in his legacy, in light of local political and economic crises.